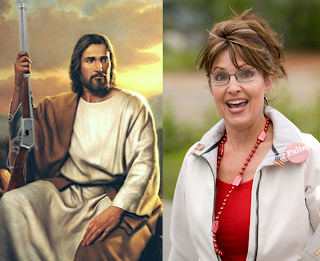 Physicist Victor Stenger joins us on the show to discuss his book God The Failed Hypothesis. Stenger challenges Christian apologists who argue that modern physics point to a creator. He also defends the more aggressive approach "the new atheists" use when critiquing religion as well as his own controversial claim that a proper understanding of science actually proves that no gods exist. Also on the show… the Doubtcasters outline their reasons why every American, regardless of their politics, should be terrified at the prospect of a Palin presidency.

Great podcast. I'm glad I found it. Y'all are consistently informative and entertaining. Thanks for the work you put into it.

Palin scares the ever-loving sh*t out of me. I'm talking genuine, pure as the driven snow fear. She and the whole CNP uber-conservative ilk are reason enough for anyone with half a brain to be worried about the future of this country.