In a controversial new move, the Pope has declared that he prefers theism over atheism. Read all about it:

On arguing...Another great comic from the Cectic. I'm not sure how he does it, but nearly every comic manages to make a finer point of skeptical argumentation get across simply and humorously.

Posted by Jeremy No comments:

Beginning today were going to try to have a short daily (more like quasi-daily) post with links to articles religious skeptics may find of interest.

Posted by Jeremy No comments: 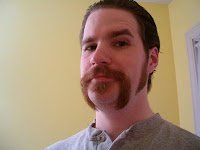 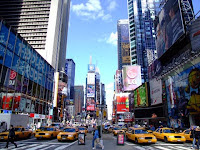 RD co-host David Fletcher is spreading his charismatic wit around NYC this weekend. He's at CFI's "The Secular Society and it's Enemies" conference, spreading the gospel of doubt and rubbing elbows with some of my personal heroes; Peter Singer, Neil deGrasse Tyson, Ann Druyan. Of coarse I'm insanely jealous. But Dave is above rubbing it in my face. Instead he wrote me a nice email this morning.


"So, uh, I don't want to brag or anything, but I got Ann Druyan's card
and she told me to call her about the podcast.

Oh, and dinner with Dawkins? Sounds like that's going to happen tonight.

What's going on in Grand Rapids?"

This website has a seemingly endless supply of the kinds of loving and intelligent things Fundamentalists have to say.

Hours of amusement or a lifetime of therapy.

http://www.fstdt.com/
Posted by Fletcher No comments: 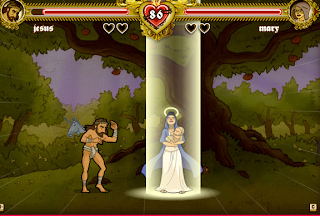 http://www.adultswim.com/games/biblefight/index.html
Posted by Fletcher No comments:

BALTIMORE (Reuters) - A jury on Wednesday ordered an anti-gay Kansas church to pay $10.9 million in damages to relatives of a U.S. Marine who died in Iraq after church members cheered his death at his funeral.

Church members said Marine Lance Cpl. Matthew Snyder's death was God's punishment of America for tolerating homosexuality, and they attended his 2006 funeral in Maryland with signs saying "You're going to hell" and "God hates you."

The federal jury determined the Westboro Baptist Church, based in Topeka, and three of its principals invaded the privacy of the dead man's family and inflicted emotional distress.

Albert Snyder, the Marine's father, testified that his son was not gay, but the church targeted the military as a symbol of America's tolerance of gays. Matthew Snyder died in combat in Iraq in March 2006.

The jury awarded Snyder's family $2.9 million in compensatory damages plus $8 million in punitive damages in the first civil suit against the church, which has demonstrated at some 300 military funerals the past two years.

"I hope it's enough to deter them from doing this to other families. It was not about the money. It was about getting them to stop," said Snyder, of York, Pennsylvania.

The church, which is unaffiliated with any major denomination, is headed by Rev. Fred Phelps, who has led a campaign against homosexuality for years. Most of the estimated 70 members of the church belong to his extended family.

"It will take the 4th Circuit Court of Appeals a few minutes to reverse this silly thing," Phelps said.

His daughter and co-defendant, Shirley Phelps-Roper, vowed to continue protesting military funerals and called the court's decision a blow against free speech.

Outside court on Wednesday, Phelps and his children waved placards with slogans such as "Pray for more dead kids" and "God hates fag enablers," while passing drivers and pedestrians shouted abuse at them.

Defense attorney Jonathan Katz urged jurors not to award punitive damages because the $2.9 million in compensatory damages was already three times the defendants' net worth.

"It's enough already to bankrupt them and financially destroy them," Katz said.

Craig Trebilcock, an attorney for Snyder, said jurors should award sufficient punitive damages to deter Westboro from repeating its actions.
Posted by Fletcher No comments: