Two decades ago David Berkowitz, the infamous "Son of Sam" serial killer, became a born-again Christian in what may be the most publicized jailhouse conversion of our time. For many his story proves religion's power to transform the lives of even the most hardened criminals. Today groups like Chuck Colson's Prison Fellowship Ministries aim to convert inmates while seeking public funds for their sectarian programs. But are these programs as successful at lowering recidivism rates as they claim? And are there any secular alternatives to such programs? Dr. Michael DeWilde, founder of the Community Working Classics Program, joins us to discuss the joys and challenges of teaching philosophy to prison inmates. Also on this episode: American evangelicals are meddling in foreign affairs from Uganda to Palestine; plus a new "Stranger Than Fiction"
To download this or any previous Reasonable Doubts episodes click here. Find the episode you want and right click the "play now" link and select "save target as..."
Posted by Jeremy 9 comments: 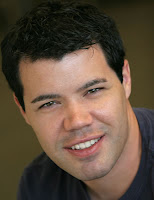 Are Science and Religion compatible? The New Atheists argue that a proper understanding of science undermines faith. But according to atheists such as Chris Mooney (author of Unscientific America and host of CFI's podcast Point of Inquiry) not only are science and moderate religion compatible , but the uncompromising rhetoric and harsh tone of the New Atheists "can only damage the cause of scientific literacy." For this episode, the doubtcasters share their take on the "accommodationist" vs "confrontationist" debate. Also on this episode: a critical look at the Templeton Foundation and we look at the psychology of persuasion for a new installment of God Thinks Like You.
To download this or any previous Reasonable Doubts episodes click here. Find the episode you want and right click the "play now" link and select "save target as..."
Corrections:
Michael De Dora is the director of CFI New York City not Amherst. P.Z. Myers said "demented fuckwit" not "fucktard" and in this particular instance of nasty language he was writing about someone who deserved it.
Posted by Jeremy 83 comments: