Scientists to Make Cows Fart like Kangaroos to Cool the Planet 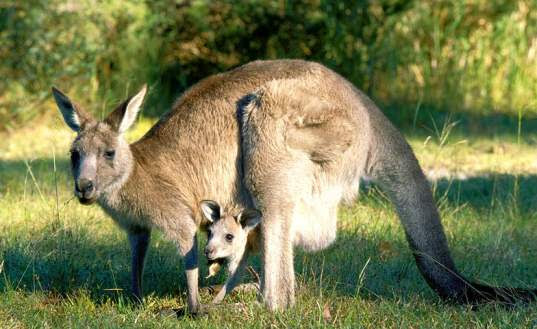 Okay, this doesn't really have much relevance, but it does show how awesome science is. And it involves farting so I figured at least Luke and Jeremy would be amused by it.

Scientists to Make Cows Fart Like Kangaroos to Cool the Planet

We’re guessing that headline caught your attention! Cow farts are a source of greenhouse gases, while kangaroo farts are methane free thanks to a particular bacteria in their stomachs. Now, in a bizarre twist of science-reality, scientists from Australia are trying to neutralize cow-produced methane by transferring that kangaroo bacteria to cattle and sheep’s guts. According to the government of Queensland, almost 14% of all greenhouse gas emissions from Australia come from cow farts, so this seemingly silly idea could actually make a big difference.

However, while few things warm our hearts more than kangaroos (except perhaps for a koala), and while we applaud the scientists attempts at reducing a source of greenhouse gases, it still feels a bit too mad scientist to us. No word on whether or not they will get cows to jump as well. We’ll let you know how they progress