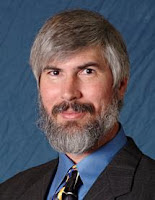 We are happy to announce our first two episodes will be out sometime in the next two weeks. It's been rough getting our project off the ground because our contributors are incredibly busy either teaching or attending classes. But thankfully we have two great episodes on the way. The first features an interview with Dr. Wesley Elsberry, former Information Project Director for the National Center for Science Education who is currently a Visiting Research Associate at Michigan State University, where he works with Robert Pennock studying the evolution of intelligence through computer simulations. His enlightening discussion focuses on the state of "Antievolution after Dover"--how creationists have been adapting their arguments after the devastating legal blow they received during the Kitzmiller v. Dover Area School District trial in late 2005. We will also feature an update on the Catholic Church's record-breaking settlement over allegations of child abuse in their Los Angeles Diocese--including the elaborate cover-up and shameful attempts of Catholic apologists to spin the story in a positive light. Our second episode features an interview with CFI On Campus organizer and Point of Inquiry editorialist Lauren Becker. Lauren shares the story of her transformation from Park Ranger and education enthusiast to secular activist and organizer. She also provides a heartfelt look at the challenges facing non-religious students on college campuses nationwide. She explains the mission of CFI On Campus, their strategy to promote critical thinking and challenge religious dogmas, and how anyone can help promote free inquiry at their local campus. Also featured in the second episode is a humorous look at evangelists trying to save digital souls in the web-based virtual world "Second Life." Be sure to check in over the next two weeks to hear the shows.

I've been listening to Reasonable Doubts for about 18 months. The first time I listened it was the most recent episode at that time, then after that I'd either here another new one, or one BEFORE the oldest one I'd heard so far - depending on whether a new one had come out in the meantime.

I can't believe that the first episode had no kind of introduction, no 'So here we are, a new show called Reasonable Doubts', or anything like that. There's no statement of intent, mission statement, introduction to the guys or whatever.

In fact I'm sure Jeremy even says stuff like 'Here's the latest episode', and 'to download old episodes', as if it had been going for a while already.

On the props side, another reason I didn't realise it was ep 1 was because it was already so accomplished and together as a show.