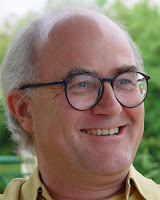 While the doctrines of early Buddhism were pragmatic, skeptical and humanistic it did not take long for Buddhism to acquire the familiar trappings of an organized religion. Just a few hundred years after the Buddha's death many of his followers began to teach that the Buddha was not an ordinary human but rather a supernatural being living in a celestial realm. Mahayana Buddhists believed that they too could acquire supernatural powers by earning merit and becoming Bodhisattvas. How did Buddhism stray so far from the teachings of its founder? What happens when western converts to Buddhism start to question its metaphysical assumptions? Stephen Batchelor, former Buddhist monk and author of "Confession of a Buddhist Atheist", answers these questions and makes the case that Buddhism must become secularized if it is to remain relevant in our modern world.

To download this or any previous Reasonable Doubts episodes click here. Find the episode you want and right click the "play now" link and select "save target as..."

..."6 billion people on the planet nowadays - where did all those souls come from?"

I don't do this nearly often enough...

Great show, as always. I really enjoyed the Buddhism episodes. It's always nice to hear how much stuff there is out there that I didn't even know I don't believe in.

Thank you gentlemen. The idea of attempting to extract useful practices and teachings from ancient doctrines appeals to me. It is always good to know someone is out there laying some groundwork. Buddhism does seem to hold more promise than others.

Back in the 70s, manga and anime legend Osamu Tezuka (most famous here for Astroboy) created a massive series of manga telling a somewhat-fictionalized life of Buddha. It's recently been republished in English in an eight volume set.

The books are wonderfully drawn, as you'd expect from Tezuka, but also an interesting mix of serious and silly, ranging from incredibly detailed to extremely cartoonish, and occasionally including cameos by Tezuka himself commenting on the story.

You can see a lot of the artwork for the series at Google Image Search.

Boy oh boy,
Love this podcast. Got to get Batchelor's book. His experience apes mine with my Buddhist group. Whether it be vilification, or as Batchelor expressed it as a shunning, once a world view gets "organized" the organization's own self preservation will not tolerate examination by the individuals who comprise it. Ironically, the scrutiny of self reflection that Buddhism provides led me to critical thinking during these 35 years of practicing. Better late than never, seeking the secular commonality. Thanks again for all your podcasts.

hey, I would like to be able to follow this blog. can you put up a followers section so that I can come back easier. thank you!

Trackback: "The Brawny Towel of religions" - ...The latest episodes of my two favourite podcasts reinforce why I like them so much....

You mentioned Gil Fronsdal in your last Buddhist episode (or was it the one before?) Just wanted to plug his podcasts on Audio Dharma since like Stephen Batchelor, I have never heard him fall for superstitious nonsense even once. So he really just talks about things from the perspective of his own experience and observations and in the true spirit of Zen(?) his podcasts point out a lot of things, but never asks you to believe anything, just to check it out for yourself. I find his talks very "entertaining" and 100% compatible with a skeptical outlook.

Gil Fronsdal is a decent guy. I do, however, find it interesting that when we in the West think of Buddhism the first thing that may pop into mind is either a big fat laughing Buddha ash tray or something Zen-like as in the art of fixing your VW. Many Buddhists traditions view Zen with disdain as it is considered as rather a made up version of Buddhism in the same way many Christian and non Christians alike view Mormonism or Scientology as being charlatans.

I too have a lot of respect for Gil Fronsdal. His dharma talks are a great window into how a Buddhist would grapple with everyday life while trying to practice the eightfold path. I agree that he is very down to earth. That being said, for those who might be checking out his dharma talks you should be aware that he does sometime use fuzzy "new age" like language and there are traces of some odd Buddhist metaphysics in his teaching. Really this has never bothered me much as it seems to be metaphor most of the time, and Gil's real strength has always been his practical wisdom (as opposed to philosophical clarity). Still I just wanted to let people know what to expect. He is definitely worth a listen in my opinion.